The transformation of London Stadium has been ongoing since the end of the Olympic Games in 2012.

Working with the world’s top brands in sport and entertainment, our experience in delivering unforgettable matchday experiences innovative design and fit-out is undisputed. 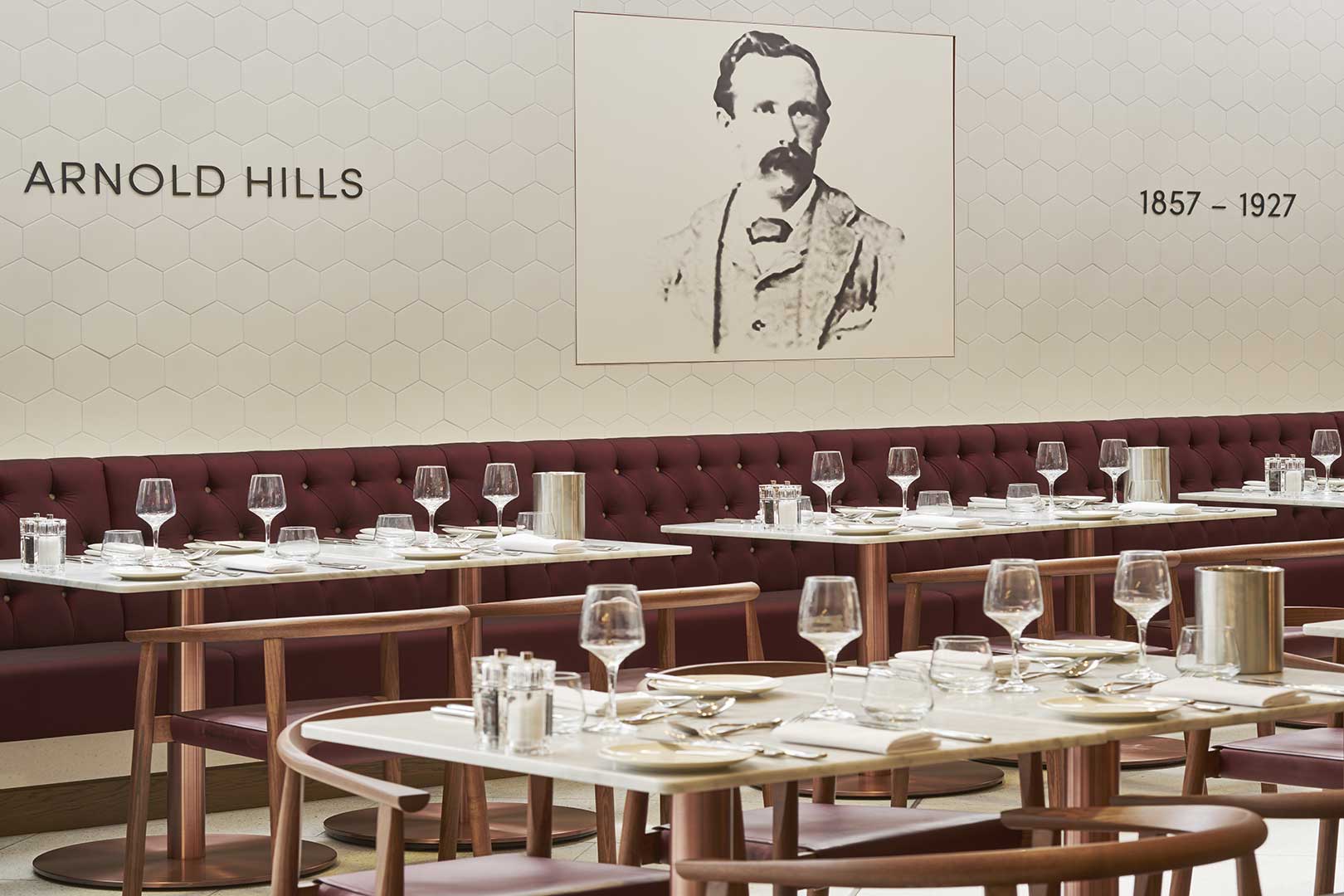 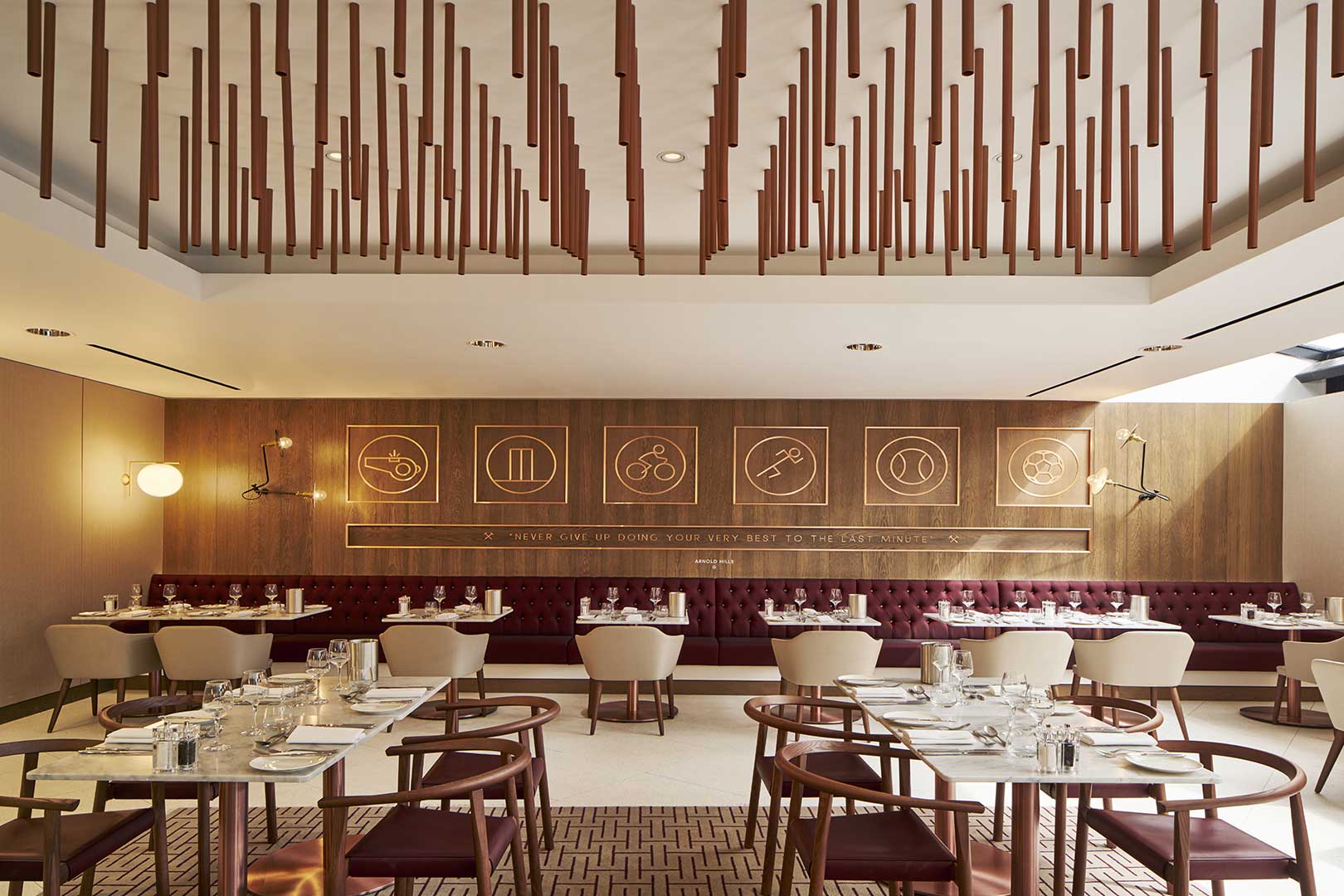 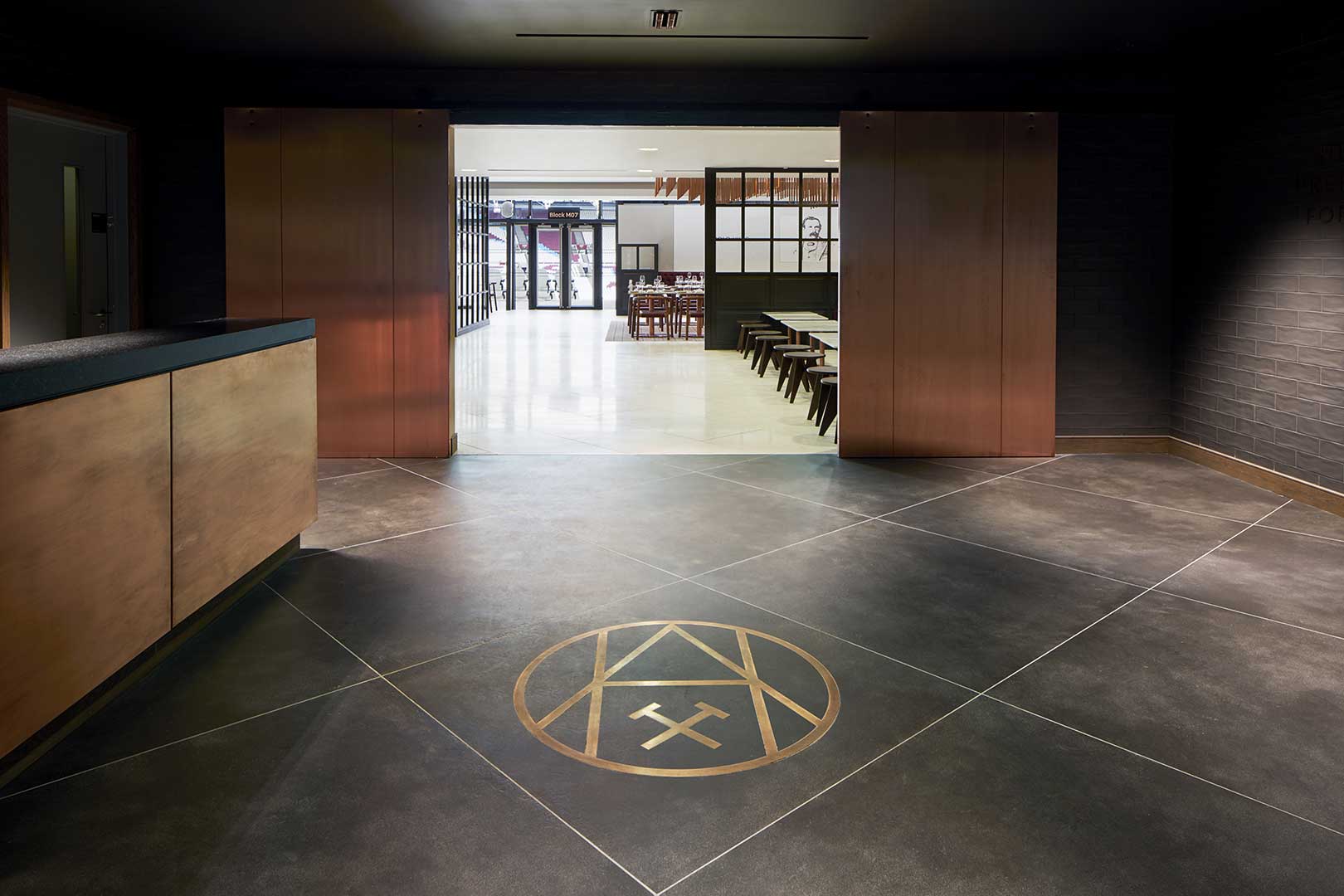 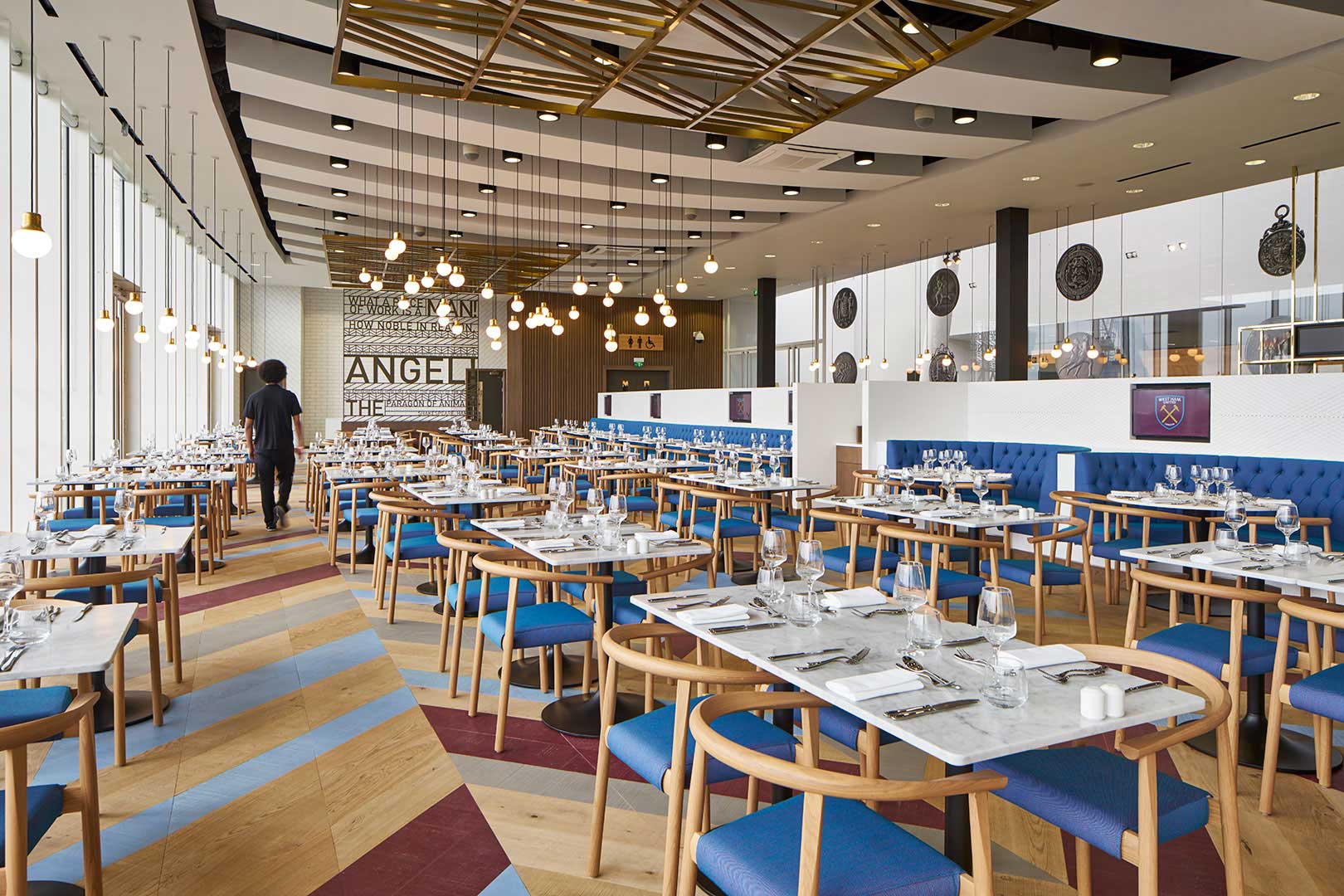 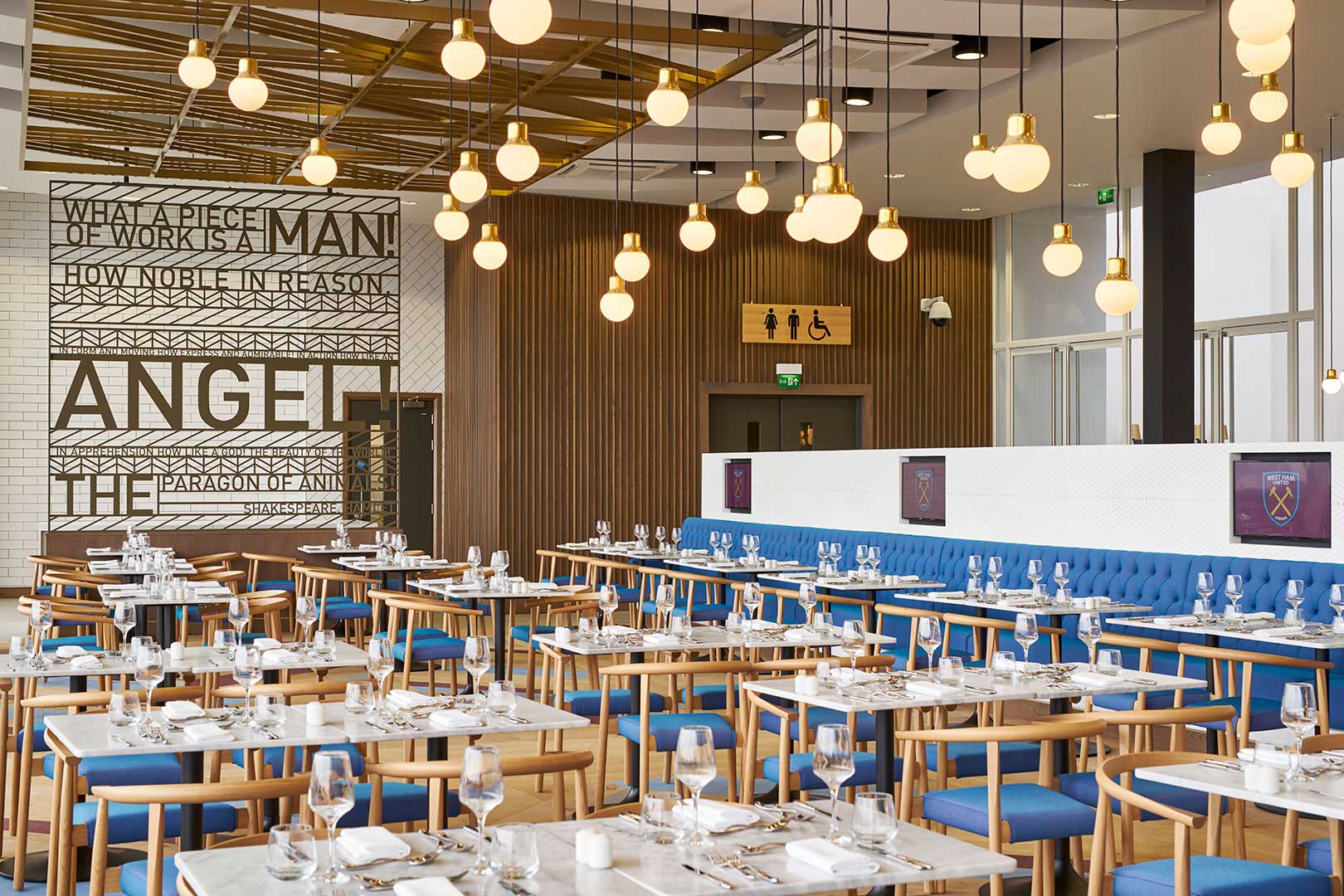 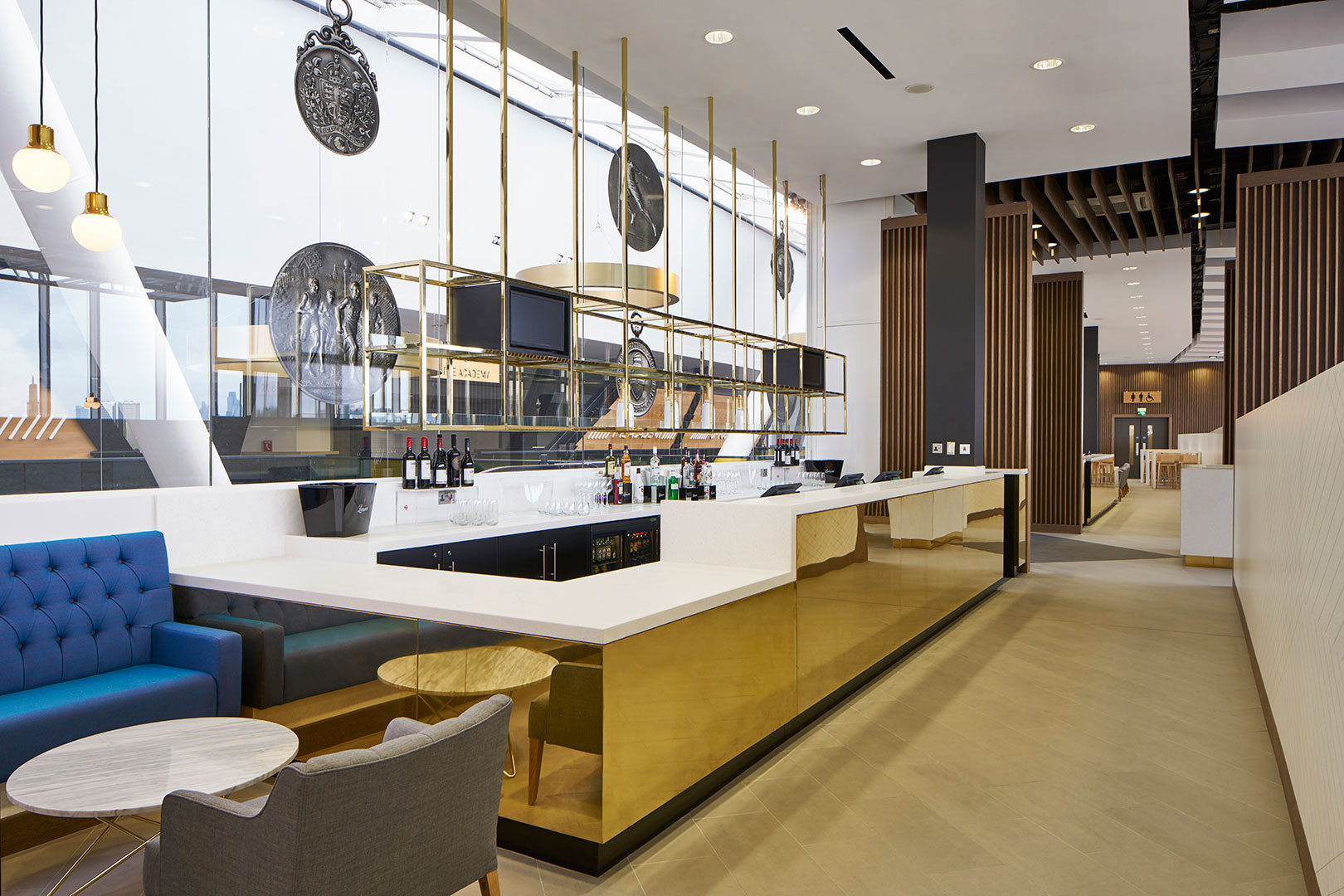 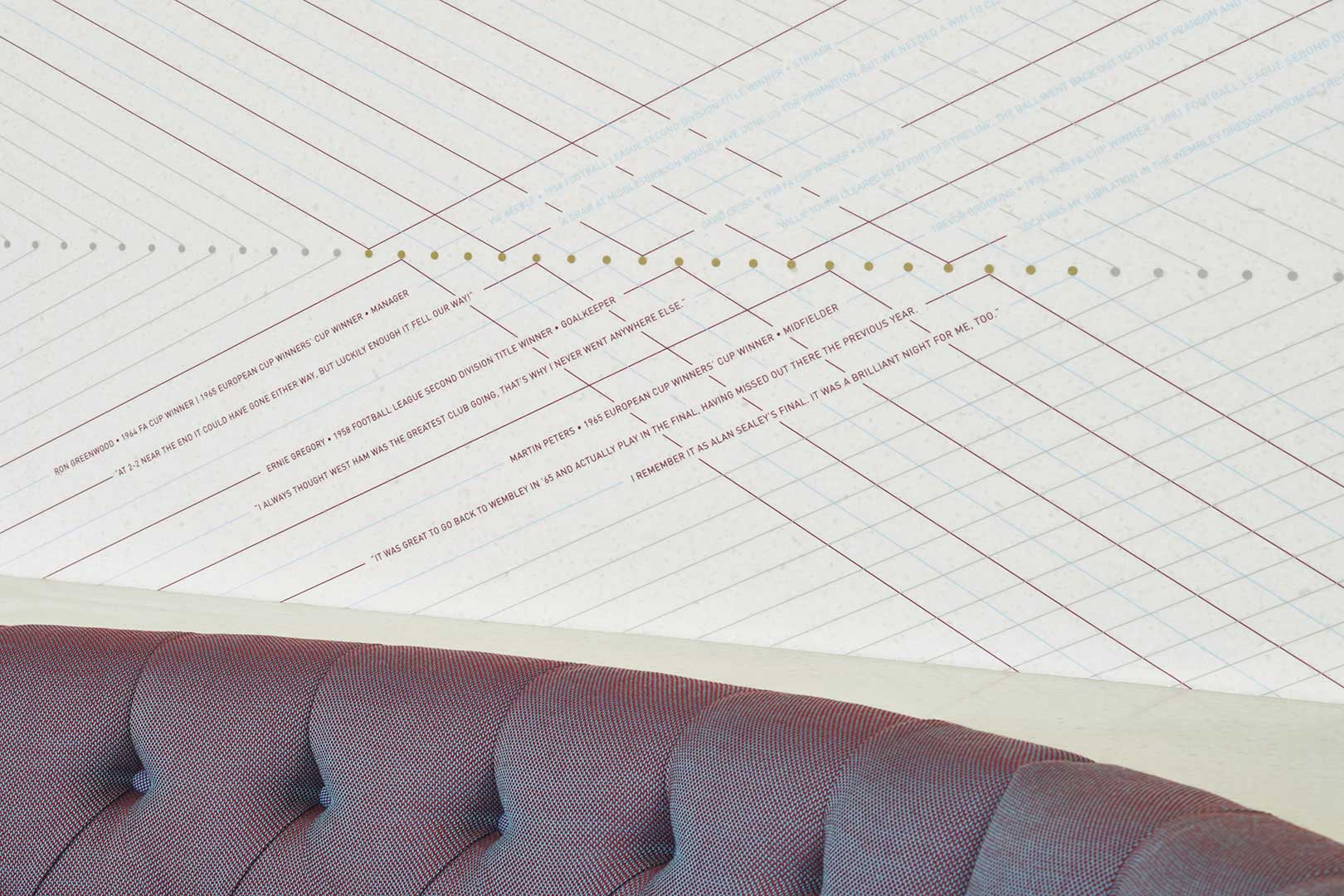 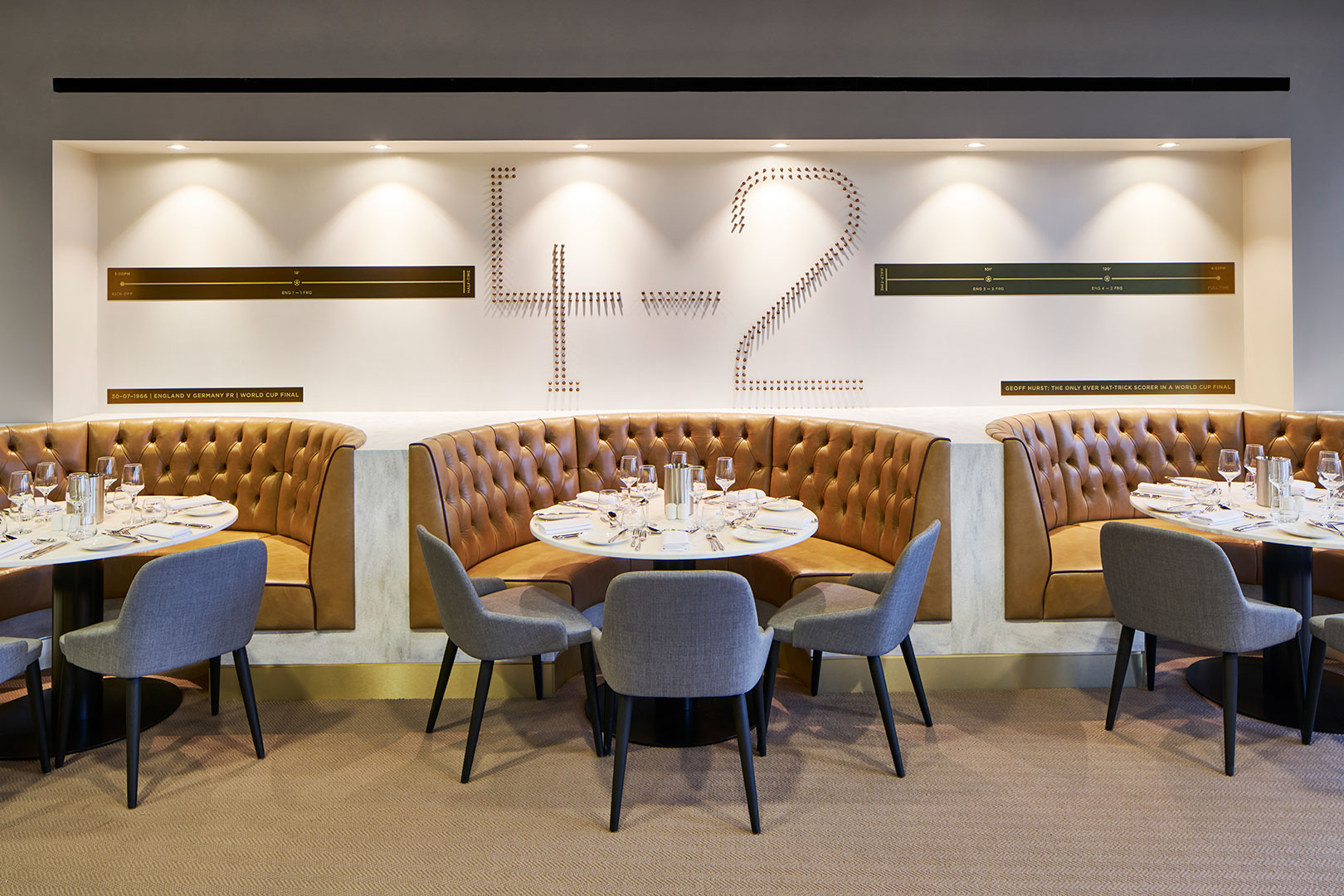 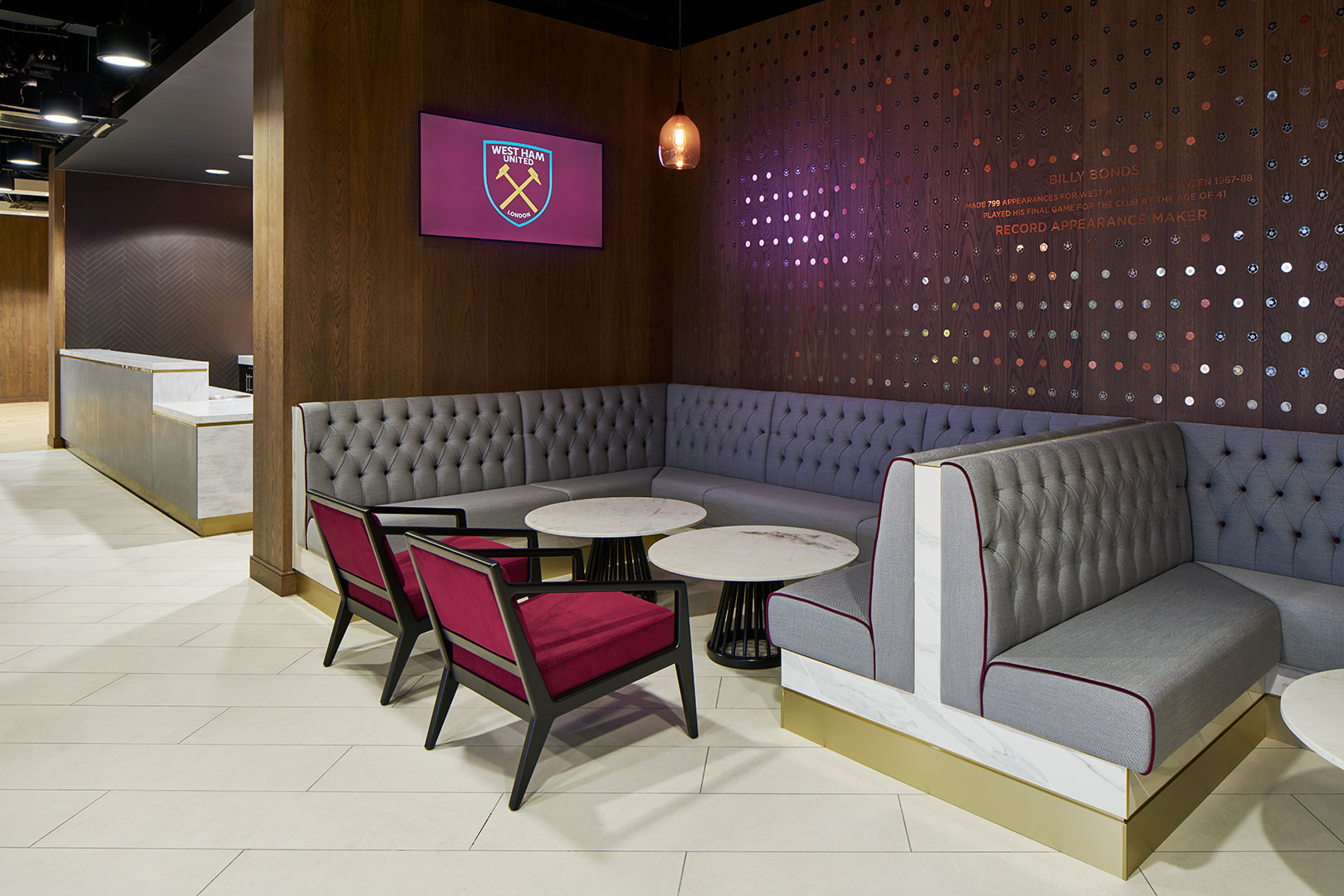 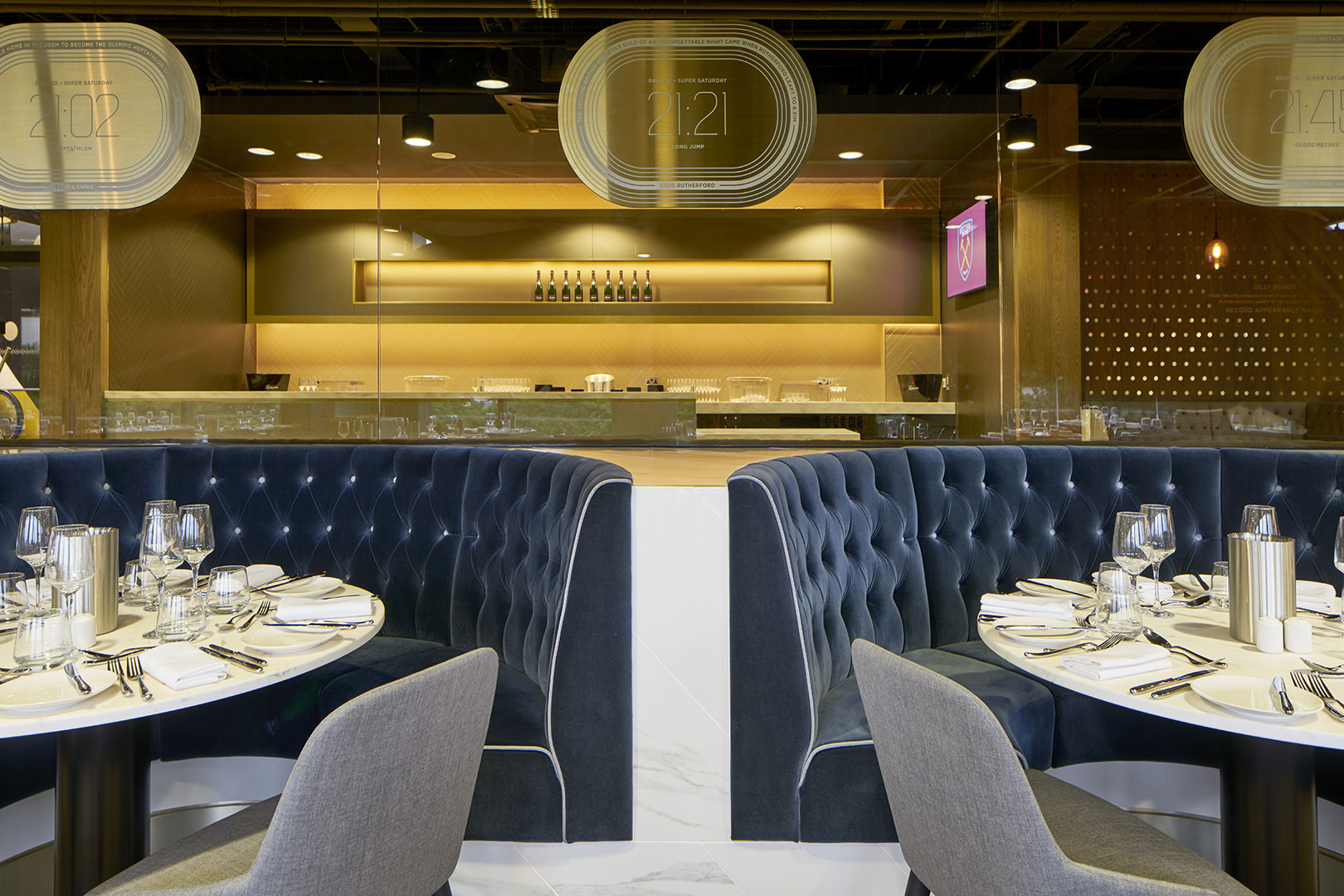 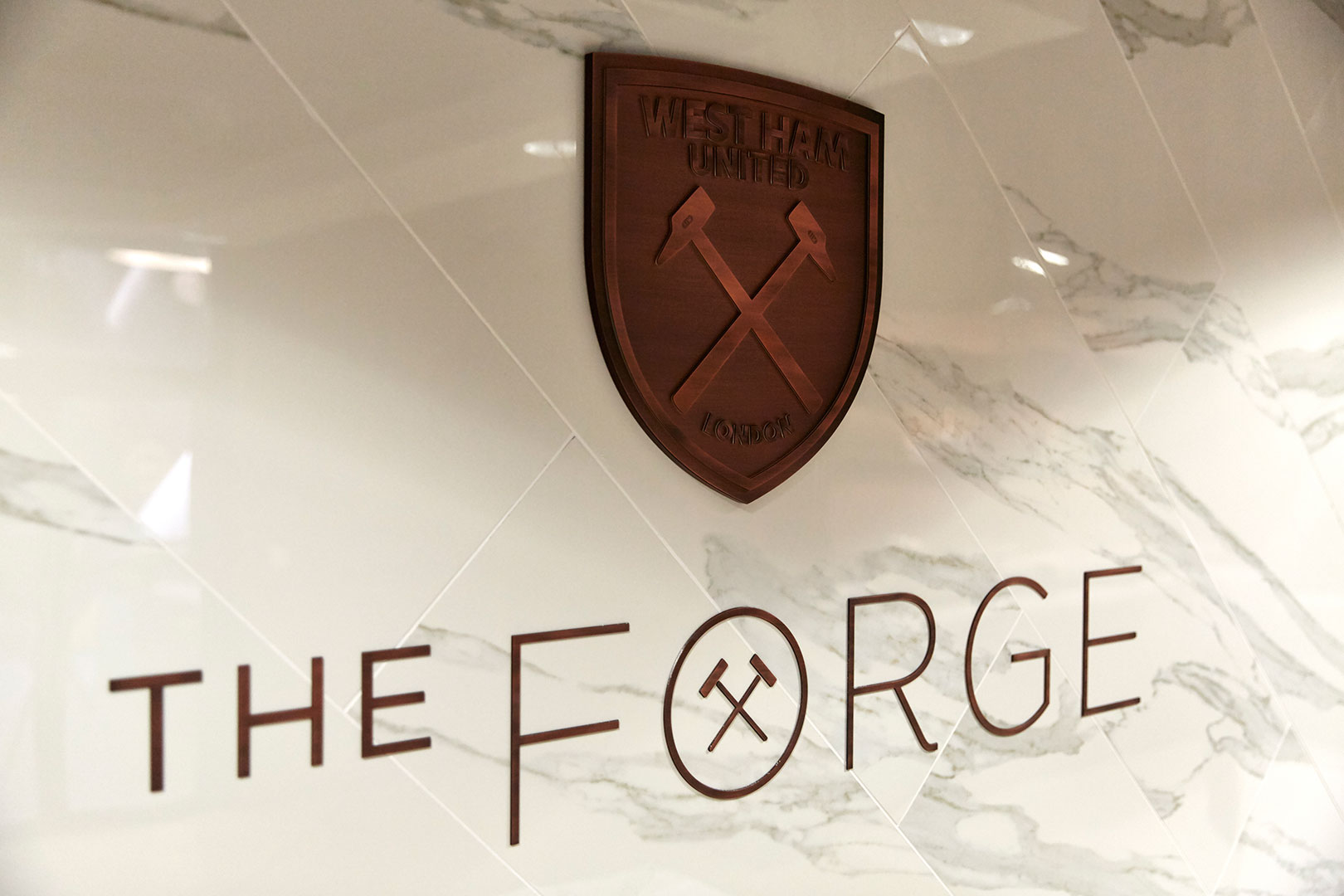 
The transformation of London Stadium has been ongoing since the end of the Olympic Games in 2012. Today the Stadium is the new home of West Ham United FC and the National Competition Centre for athletics in the UK, as well as a major venue for other sporting events. It is now the only venue in the UK able to host both world class football and athletics events.

Design team 20.20 created a scheme for the 8,547m² space over the entire four floors of the West Hospitality Stand, with each of nine hospitality lounges and 16 VIP boxes having individual themes telling the story of the football club and the Olympic athletic legacy.

Other areas in the project included common parts, services and toilets. This high-profile project required the large Portview team to integrate quickly and effectively with other teams already working onsite under the auspices of Main Contractor Balfour Beatty for some years.

The requirement for the Stadium to continue to operate throughout the fit-out, including hosting important events such as the Rugby World Cup meant that works had to be phased into two stages. Other events at the Stadium during the project included the Race of Champions and several key competitions for UK Athletics, as well as a concert by the band AC/DC. Key challenges came with working in a building that was being transformed from a temporary structure built for the Olympic athletics events to a multi-use arena with a sustainable future delivered to BREEAM+ standards at the heart of this regenerated area of east.

The Londoner Claret and Londoner Blue

Next Project: Wembley One Twenty